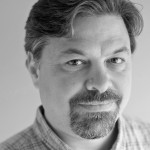 Tony Lentych has served as the Executive Director of the Traverse City Housing Commission since March of 2015 and has a long history in affordable housing and community economic development. He was the executive director of both a city-wide association of community development corporations (ICND – Indianapolis Coalition for Neighborhood Development) and a state-wide association of groups that rebuilt neighborhoods and communities (CEDAM – Community Economic Development Association of Michigan). While at CEDAM, he was recognized by the Michigan Historic Preservation Network for his contribution to historic preservation in establishing the statewide Michigan Main Street Program. He remains active with CEDAM by serving on its Board of Directors as a regional representative.

Prior to his employment at the TCHC, he worked in the private sector for over eight years as the General Manager of a large Michigan winery during which time he served a full term as a gubernatorial appointee to the Michigan State Housing Development Authority Board. More recently, he was appointed to the Federal Home Loan Bank of Indianapolis Affordable Housing Advisory Committee, on which he currently serves as vice chair. He is also a founding board member of Housing North, a ten-county regional housing nonprofit that builds awareness, influences policy, and increases capacity so communities can increase their own housing solutions.

He is a graduate of Wabash College and holds a Masters of Public Affairs degree from Indiana University where he worked as a research assistant at the IU Center on Philanthropy. He earned a Fannie Mae Foundation Fellowship to attend the 2005 Program for Senior Executives in State and Local Government at the John F. Kennedy School for Government at Harvard University. In 2017, he received his Certification as a Public Housing Manager (C-PHM) from the National Association of Housing Redevelopment Officials (NAHRO).