What is the community you are working in and what makes it unique?

I’m working in Oscoda Township. It’s unique because it is in the northeast part of the state and there are so many challenges that come with being removed from freeways and being a little off the beaten path. We also think of this as being a major asset to our community. Previously we were more of just a stop on US-23 as you head north, but Oscoda is working on becoming a destination area with all kinds of cool things happening. 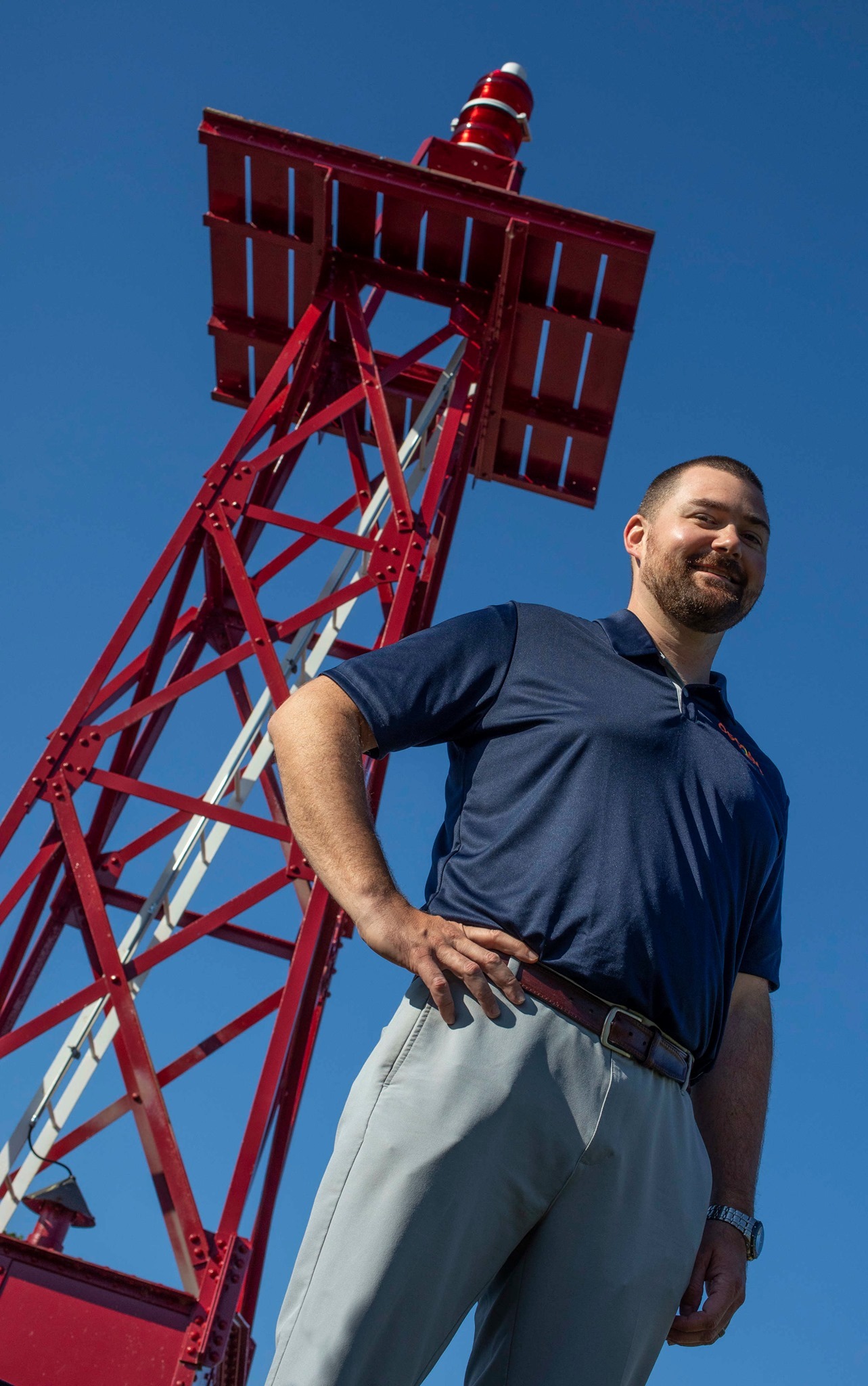 What were some of the goals your community identified that they were hoping the fellowship would accomplish?

The biggest would be becoming MEDC Redevelopment Ready Communities (RRC) certified. There are a few things left on the punch list and I hope to see it come to fruition before the end of the fellowship. It is one of my major goals and I would like to see it to the finish line.

Some of the other projects include the township website, which hasn’t been redesigned since 2009, so it has some miles on it. I spend a lot of time redesigning the website and that too will be done soon. The other one is making progress on the FAA spaceport license. It’s going to extend longer than my time, but I’m excited to work on the beginning phase.

Tell me a little bit about your background and what led you to apply for the fellowship?

I worked for a long time as the admissions recruiter at Kirtland Community College here in Grayling. I drove around and talked to people about different opportunities and why they should pursue college. Along the way, I realized that I was very interested in more of the nuts and bolts. I liked the process a lot so I realized that local government is where those things happen. Admissions isn’t just telling people about your school, it’s helping show them the way to be successful and helping throughout their experience. This holistic approach is like what we do in local government, helping with a variety of projects in a variety of ways. So I pursued my MPA and finished my master’s in public administration last spring. While I was working on a political campaign I wanted to see what that was like and I tried out the federal stuff. I realized that local government is more fun, and that led me to the fellowship!

Oscoda is in the running to be the site for the horizontal launch of satellites. Vertical launches are seen as a bigger deal because space shuttle launches only happen once in a long time. With horizontal launches, they can launch hundreds up to thousands of satellites at a time under the wings of a retrofitted 747 airplane. They take them out over Lake Huron and then launch them from there. It is very cool for us—the whole process is very interesting. There was just a launch last month where SpaceX broke the record for the most satellites launched at once. So here is hoping Elon musk gets coffee at Sunrise Kava on River Road in Oscoda and he checks out our launch site! 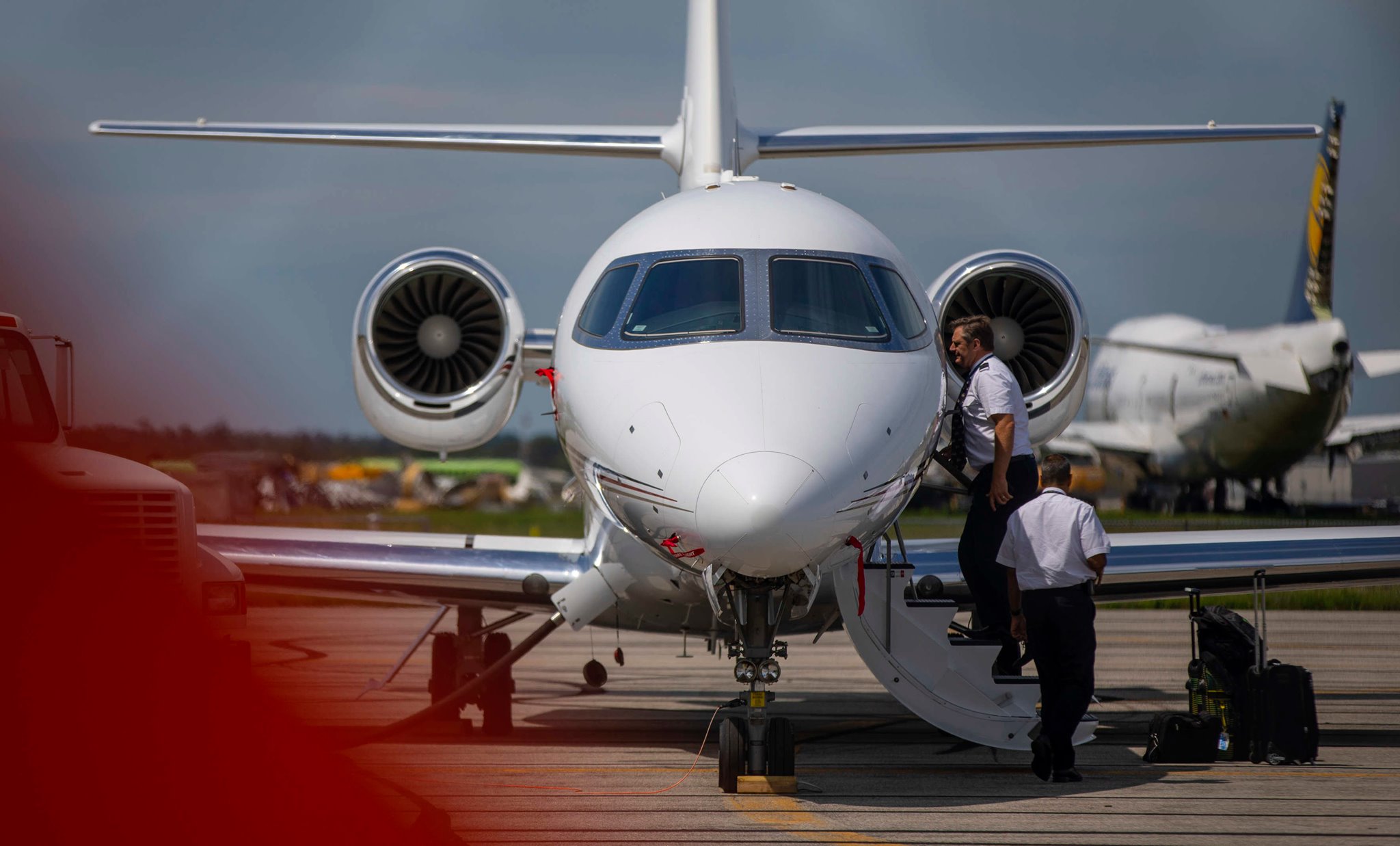 The North American Space Summit happened in August and because Oscoda is the horizontal launch site for Michigan, we set up a trade booth. My admissions background helped me plan and execute that. I got to design the trade booth, order all the swag, and compile information to be displayed on the TVs. We had all the things that come with the trade booth excitement. I got to meet a lot of the people who are involved, starting from the people at the FAA who sign off on the licenses and permissions, to people who are engineers and have ideas on the satellites they want to launch. Oscoda is great because they can assemble them here and launch them from here too. Being the spaceport would bring many cool opportunities for Oscoda.

There’s going to be an announcement from the Michigan Aerospace Corporation who have a command center in the works. Oscoda is one of their three sites in Michigan so that means we get to work with a lot of interesting people that are passionate about space and how it can happen in Oscoda.

What has the community response been like to this project?

People are very excited. It would be a huge opportunity for Oscoda economically—it would bring on so many jobs and people into town. We also know that might be a bit of a challenge. We did a housing study and talked to various people about their needs, so now we have the data to talk to developers and say “We need market-rate housing and here is why.”

Now that you are about halfway through the fellowship, what is your favorite part of the program, and is there anything you’re looking forward to in the second half? 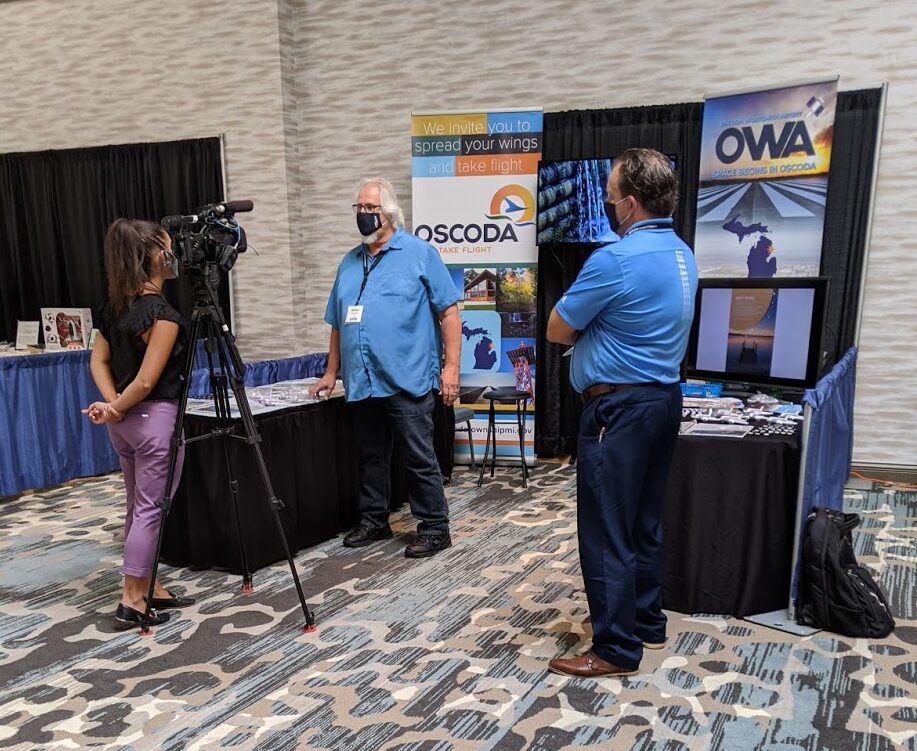 I would have to say the intentional time and effort put into learning and continuing to learn. A lot of times in new roles you get thrown into the fire and you’re expected to learn everything on day one and so on. But the fellowship is different, and I like that I have different things going on each week. I have projects going on in Oscoda, and I have access to all these great resources both through CEDAM and organizations and partner groups that we are connected to as fellows. The flexibility to learn is huge.

What would your advice be to someone who wants to apply to the fellowship in the future?

I would say if you know you don’t have it all figured out— if you are interested but you don’t know exactly if you, for example, want to be a city clerk in the next two years or you know you want to get involved in community leadership in some capacity but are not sure what that would look like— then the fellowship is the perfect opportunity for that. It can help narrow your focus but can also broaden your horizon as well. You have access to all this information and different kinds of people you get connected to that you wouldn’t be able to otherwise. The fellowship has been super helpful for me. I’ve learned what’s possible and how to make it happen.