Highlights from Governor Whitmer’s First State of the State 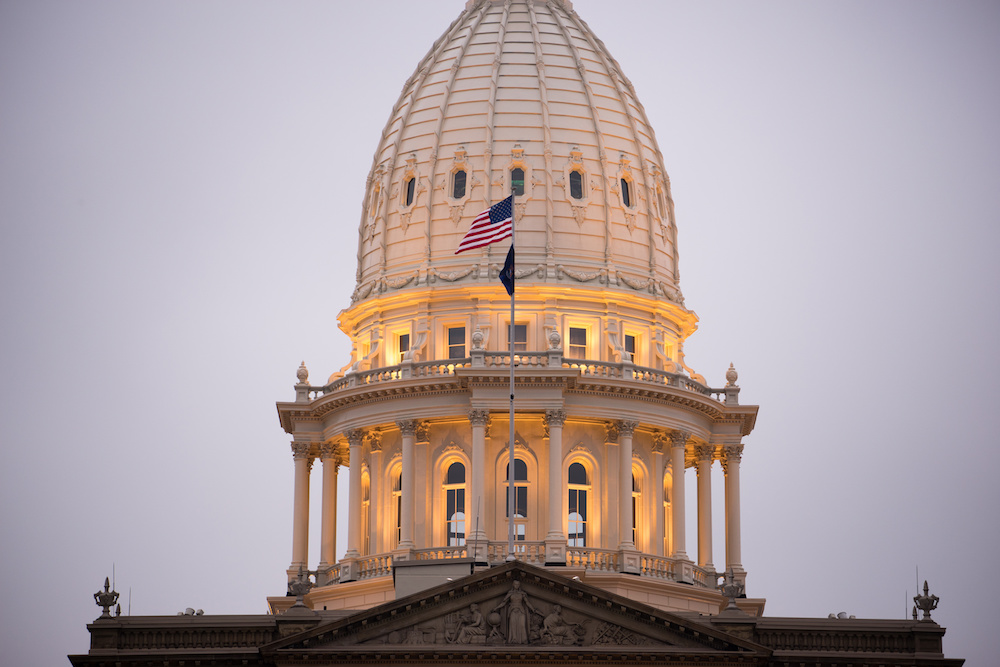 A major aspect of the infrastructure crisis the governor highlighted was the condition of Michigan roads as she pointed to the “major crisis” that is the human cost of crumbling infrastructure, and hinted at a sharp increase in spending on road repair in her upcoming budget. The governor called upon Michigan residents to take pictures of their damaged cars or repair bills and post them with ”#FTDR” (Fix the Damn Roads), and for businesses to start sharing how the poor roads affect their bottom line.

She also explored the State’s water infrastructure, mentioning the prominence of PFAS in drinking water and the continuation of the Flint water crisis. The governor did not offer any specific policy proposals to challenge these issues, but highlighted her decision to change the state’s Department of Environmental Quality to the Department of Environment, Great Lakes and Energy.

Governor Whitmer outlined the two main aspects of failing education in the state: underfunding of K-12 and a lack of postsecondary educational attainment. As the governor noted, Michigan is ranked in the bottom third for student achievement and in is the bottom half in the nation for percentage of adults with a college degree. Whitmer pointed to the slow growth in educational spending over the last 25 years and made calls for increased K-12 funding.

The governor hopes to increase the number of Michigan adults with a postsecondary degree to 60% by 2030. Do to this, Whitmer outlined three programs aimed at improving adult labor force participation and increasing the number of workers available with necessary skills to fill Michigan jobs. The governor announced a program, Michigan Reconnect, that would train adults in skills with high demand. She also announced the creation of the MI Opportunity scholarship, a guarantee of two years of free community college for students seeking skill-based work and two years of tuition assistance for those attending four-year universities.

In the most notable demonstration of bipartisanship of the night, Governor Whitmer indicated her focus on lowering auto insurance rates for Michigan motorists and promised to work with Republicans to tackle the issue. She received standing ovations from both sides of the aisle as auto insurance rates are a top priority this year for Michigan Republicans in the legislature.

The governor also stated her continued support for Michigan’s Medicaid expansion plan, Healthy Michigan, though she did not address the recent changes to work requirements made by Republicans last year.

In keeping with her recent efforts to expand the Elliott-Larsen Civil Rights Act, Governor Whitmer encouraged the legislature to expand the state’s civil rights protections to include members of the LGBTQ community.

In an attempt to bridge the divide between the Democratic executive and the Republican legislature, the governor cited extreme partisanship, apathy and self-interest as the major hurdles Michigan must overcome for policy solutions to be reached.

“The Governor’s Infrastructure Commission estimated Michigan’s roadways will require approximately $2.2 billion more each year, on top of the revenue generated by the 2015 legislation,” reported Michael Siracuse, fiscal analyst and David Zin, chief economist in notes from the Senate Fiscal Agency. Where the money will come from to fix the roads is still unknown, but Governor Whitmer plans to release the details of her plan to address the road crisis at her budget presentation March 5.