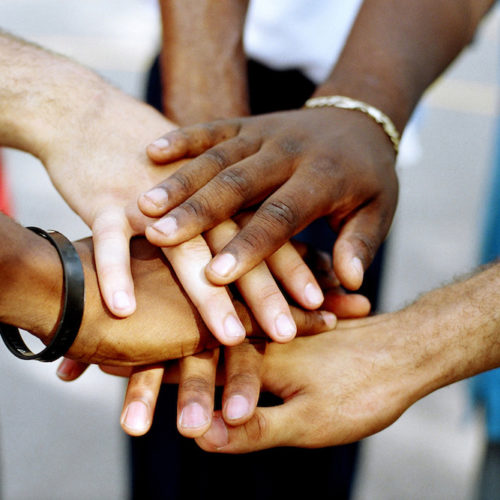 Michigan’s immigrant story is deeply woven into the history of the state. Take my grandfather, Morris Tobocman, who immigrated to Detroit from Poland a century ago to pursue the American Dream. He had almost no formal education, arrived penniless and knew no English. Like so many immigrants—both during Detroit’s ascendance into one of America’s great cities and those arriving today—he worked with his hands (originally as a tinsmith) and did well enough to put two sons through architecture school at the University of Michigan.

Michigan has long been a beacon of economic opportunity for newcomers from around the world. With only the possibility of finding a good paying job, immigrants helped fuel Michigan’s growing auto manufacturing industry in the 20th century and transform the state into the Auto Capital of the World. It’s no secret then that healthy immigration flows are essential to Michigan’s long-term success.

Yet, the future of American immigration is facing perhaps its biggest threat in 75 years and the future of Michigan’s communities and our economy could face grave danger. The latest attack comes in the form of a proposed policy offered by the Trump Administration that would make it much harder for immigrant families to become lawful permanent residents (green card holders) or obtain a visa to enter the country. The proposal is envisioned as a form of punishment to working families who have used or applied for public services like housing assistance and food assistance to keep their families afloat or to access basic health care services.

This policy would target those immigrants who are eligible, or whose loved ones are eligible for these programs by radically altering an arcane test in immigration law used to exclude immigrants from becoming permanent residents who are deemed to be a “public charge,” that is, users of government assistance programs. The public charge test has traditionally only considered cash assistance and long-term institutionalized care like a nursing home. The proposed policy would expand the list of benefits considered in a public charge determination to include non-emergency Medicaid, housing assistance such as Section 8 housing vouchers, SNAP (Supplemental Nutrition Assistance Program), and even assistance for seniors who need help paying for Medicare part D (prescription drugs). The rule also broadly expands the test to consider any number of factors and could reject legal immigration claims simply for being poor, as well as considering the number of children one has, not speaking English or being diagnosed with a medical condition could also be held against immigrants seeking a permanent legal status.

Under this new policy, the use of any of these public benefits by the individual or a dependent, including U.S.-born children (who by definition are U.S. citizens), will hurt an individual’s prospects of becoming a permanent resident of this country. The share of immigrants who may face a public charge determination may increase as much as 15-fold under the proposed policy.

Immigrants have been an essential part of revitalizing Michigan cities and communities, as well as the state economy over the past decade. Our state is viewed as one of the leading states in the nation in proactively developing policies and programs to successfully integrate immigrants into our community and economic development plans, but all of that work is in jeopardy. In fact, immigration is responsible for all of the population growth in Michigan over the past 20 years. While the 2010 Census revealed that Michigan was the only state in the nation to lose population, since that time our population has grown by nearly 50,000 residents, but without immigration, the state population would have declined by more than 15,000 since 2010. In fact, while the Detroit MSA lost 220,000 residents or 5% of its population between 2000-2015, the number of immigrants grew by 80,000 or 24% during that period, helping to stave off further decline. For the past decade, Detroit unfortunately has witnessed continued population loss (albeit at a slowing rate), which has been greatly helped by significant growth in new immigrants from Bangladesh, Yemen, Africa, the Caribbean and Latin America.

Beyond the impacts on our community economic development efforts, this policy, if implemented, will have serious implications for the health and well-being of immigrant families. Thousands of families may choose to forego vital medical care, housing assistance, food assistance, etc. in order to keep from jeopardizing their immigration status. Without access to these supports, families who are already struggling economically, could fall deeper into poverty and develop severe and chronic health issues. Rather than target families’ access to the basics, the government should be helping to build inclusive, vibrant and healthy communities.

The numbers speak for themselves. If this harmful proposal is implemented, our government will harm an entire generation of children and their immigrant families. It will also spell trouble for a state trying to sustain a recession recovery if workers are not healthy and thriving. The good news is, the federal government cannot implement a new regulation without public input. I invite you to speak out against this rule by submitting a public comment.

Let’s not forget that the promise of prosperity is what attracted so many immigrants to Michigan decades or even a century ago. It’s what brought my grandfather Morris Tobocman to Detroit and what brought many of your ancestors as well. Economic opportunity and the promise of the American Dream is what continues to bring families to the state today. It’s time we deliver on that promise and protect immigrant families. Join me in opposing changes to public charge by joining the state campaign to stop this harmful rule.