Eviction is Heartbreaking, and it’s Solvable: Lessons from Matthew Desmond

Ashamed, heartbroken, inspired—I felt it all within a short period of thirty minutes. If you’ve read Matthew Desmond’s Pulitzer Prize winning book Evicted: Poverty and Profit in the American City, or if you’ve had the opportunity to hear him speak, these sentiments likely resonate with you.

Desmond is a professor of sociology at Princeton University; he is an author, activist and principal investigator of The Eviction Lab. In Evicted, he tells the story of eight families he follows in the poorest Milwaukee neighborhoods.

Two weeks ago, my colleagues at CEDAM and I had the opportunity to hear from Desmond at Habitat for Humanity Michigan’s 22nd Annual Awards Dinner. His presentation, which incorporated one of those family’s stories seamlessly alongside his research findings, highlighted what I believe to be a continuing moral failure for our country. 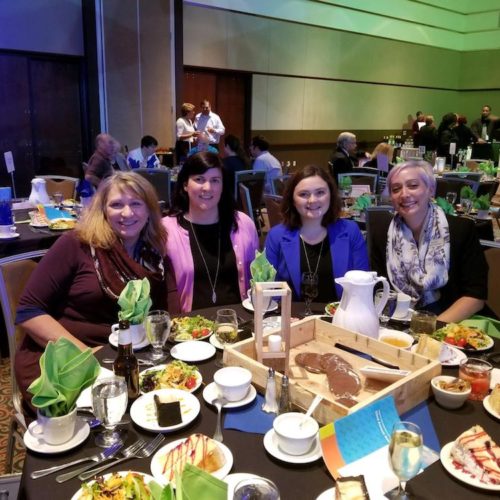 The research his team conducted in Milwaukee was thorough. Desmond says they analyzed thousands of eviction records processed through civil court, interviewed people after court hearings, reported living alongside tenants and landlords and they sent interviewers to talk to 1,100 tenants in the city “to ask them 250 questions about their kids, their health, their housing situation, their experience with eviction,” said Desmond.

Desmond goes on to tell us one of the eight stories detailed in Evicted, the gut-wrenching story of Arleen and her two boys, Jori and Jafarus. It is a common story for many families in America. A story about a family who can’t catch a break and no matter how hard they try, they can never get ahead.

The first eviction was the result of a snowball. Jori, fourteen, and a friend were slinging snowballs at passing cars. One man halted to a stop, chased the kids on foot and broke down their front door. The landlord evicted the family due to property damage.

The next house was on 19th street where they paid $525 per month and often had no running water. Eventually the city deemed the house uninhabitable and they were forced to move again. They ended up in an apartment complex on Atkinson. Arleen, Desmond said, feared for her boys’ lives there.

It’s important to note that Desmond and his team found that families often moved into much worse housing after getting evicted.

“Why she moved and the fact that she was kicked out on 19th street was pretty important for understanding why she ended up in such a bad neighborhood,” said Desmond…  “You still see families in the area moving from poor neighborhoods to even poorer ones; high crime neighborhoods to even more dangerous blocks; they [evictions] push families deeper into disadvantage.”

The rest of Arleen’s story is a sobering reminder that there is no room for errors to be made, no safety net to catch you should you fall.

Arleen found a two bedroom duplex on 13th street—it had a hole in the window, dirty carpet and no lock on the door, Desmond reported. Eighty-eight percent of her welfare check went to pay rent, which was $550 per month not including utilities (and remember, this is in the city of Milwaukee where winters are often brutally cold). Some months she sold some of her food stamps to make ends meet.

Arleen missed an appointment with her welfare caseworker the next month—the letter never found its way to her new address. Her welfare check was cut as a result, and again, eviction resulted as soon as she fell behind. 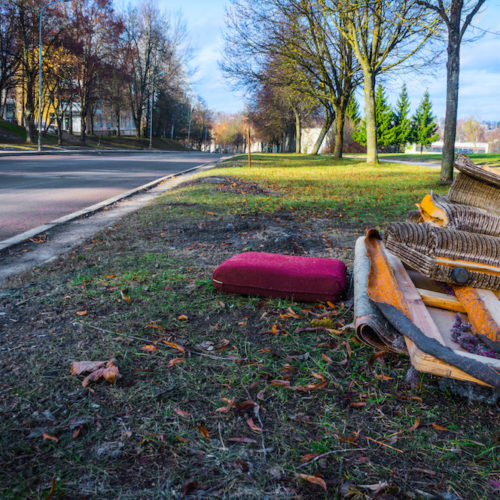 As Desmond reminded us, it’s not easy to find a place that will accept you when you have multiple evictions on your record. Two months later, after living in a shelter during the interim, she was accepted into a one bedroom apartment. Unfortunately, Jori, who had been to five different schools between seventh and eighth grade, got into some trouble and out of frustration kicked a teacher in the shin. The teacher not only called the principle, but the police as well. Arleen’s landlord found out about police showing up to their place and kicked them out.

“Kids are a big part of this story. They can prolong the time you’re homeless after you’re evicted. They sometimes are the reason for your eviction,” said Desmond. “In fact when we looked at that survey that we did in Eviction when we were trying to figure out why you get evicted and you don’t, even though you owe your landlord the same amount of money, we found that the difference wasn’t your gender, your race or even how much you were behind—it was kids. The chances of getting evicted triple if you live with kids.”

Arleen is navigating the private rental market, a market that has shown her no mercy. Could she benefit from public housing? Well, yes, she is qualified for a housing voucher—a voucher that would allow her to pay 30% of her income (what is agreed to be the standard percentage of what one should put toward rent.) The only problem is that three out of four renters who qualify for housing assistance do not receive it.

When Arleen did inquire about the list she was told it was frozen.

“Because on it were 3,500 families who had applied for rental assistance five years ago—which isn’t that bad,” said Desmond.

He noted that in comparison to most big cities, the waiting time-frame isn’t even measured in years, but in decades. He used D.C. for example, saying that if you have young kids now, you’d be a grandparent by the time your application comes up for review.

Desmond and his team found that among renters in Milwaukee, one in five black women report being evicted at some point in her life compared to one in 15 white women.

“I think that statistic should trouble us, it should stir us because it means that eviction is something like the feminine equivalent to incarceration,” said Desmond. “We know that many low income poor African American men are being locked up in the criminal justice system but many African American women are being locked out by the eviction crisis, just unproportionally baring the brunt of this crisis.”

The absence of a stable home affects access to healthcare, transportation, education. It affects your relationships. Eviction wears you down.

“It’s such a consuming, stressful, drawn out event, it can cause you to make mistakes at work, lose your footing in the labor market… and then there’s the effect that eviction has on your soul, or your mental health,” said Desmond. “And I think that when we add all of that up we have to conclude that eviction—which used to be rare in this country, which used to draw crowds—eviction isn’t just a condition of poverty, it is also a cause of poverty. It is making things worse and it is leaving a deep and jagged scar on the next generation, which means we can’t fix poverty without fixing housing.” 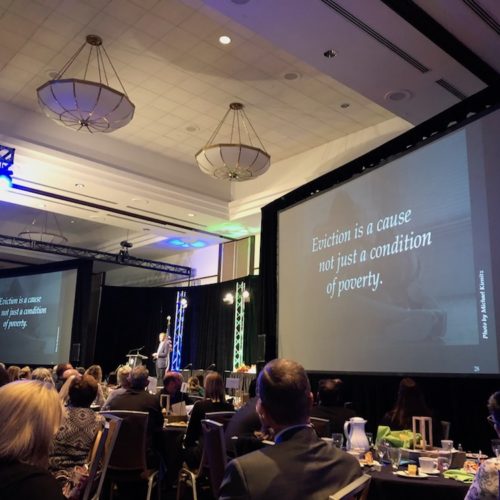 What is striking is that as a country we have the means to solve this problem, but I’m not confident that we have the political will.

“It’s really simple—if you qualify for this program… hear me out… you actually benefit from the program… hear me out… and you can take this ticket and use it any way you want in the rental market as long as your house wasn’t too expensive or shoddy,” said Desmond, “and instead of paying fifty, seventy percent of your income to your rent you pay thirty percent and the voucher covers the rest. That would fundamentally transform the face of poverty in America. That would drive down eviction and family homelessness.”

Desmond immediately addressed two questions that you may be asking yourself.

1) If everyone who qualifies for a housing voucher receives one, will it disincentivize people to work?

An argument so tired I cannot help but laugh at it. Thankfully, there is a whole lot of research and evidence to support that people don’t “take advantage of the system.”

“Most research suggests that there’s no relation between those two things,” said Desmond. “They don’t stop working, they just probably work less. They probably spend more time with their kids. I think the truth is that status quo is a much bigger threat to self sufficiency and work than any affordable housing initiative could be.”

Do you know what people do with the money they’re not putting toward housing? They’re buying groceries. They’re buying clothes for their kids. They are furthering their education. They’re saving for a car to get to work.

On to the second question.

The second question is my favorite because the answer is so painfully obvious. I’ll let Desmond tell you why:

“The Bipartisan Policy Center crunched the numbers a few years ago and suggested that everything I’m advocating for tonight would cost us an additional 22 billion dollars a year,” said Desmond. “That is not a small figure. But it is well within our capacity. We have the money. We just decided different ways how to spend it. Every year in this country, every year in America homeowners cash in on the home mortgage interest deduction. Those subsidies far far out pays directing housing assistance—the need. We already have a universal housing program in this country. It’s an entitlement. It’s just not for poor people.”

“So here Arleen got evicted from 13th street, we as a country spent about  $41 billion dollars in direct housing assistance for the needy, that same year we spent about $170 billion dollars on homeownership tax subsidies. That number $170 billion dollars is equivalent to the entire budgets of the departments of education, veteran affairs, homeland security, justice and agriculture combined. That is a large figure. Most of that benefit goes to families with six figure incomes. Most white families in America own their own their home and are entitled to one of the sweetest cut outs in the tax code. Most black and latina families—because of our legacy of racial discrimination—do not.

It is hard to think of a social policy that does a better job of amplifying our racial and economic inequality in America than our housing policy does. So if we’re going to spend a bulk of our public housing dollars on the rich, I say we should just own up to that. We should just be honest about that. We should be like ‘Yes, this is the kind of country I live in! This is our social contract. I’ll sign my name to this!’

It is a lie that the richest country on the planet can’t afford to do more. Because if poverty is persistent in America it’s not for a lack of resources.”