I can think of many reasons—390 to be exact—as to why payday loans hurt communities.

Payday loans are high-cost, short term loans with fees equivalent to APRs as high as 390 percent. Lenders of these loans advertise using stock photos of friendly faces and smiling staff promising to help people out when they need “cash, quick.” They approach local community centers, places of worship and even go door-to-door to help promote their goods with coupons and swag for the local kids. However, the truth is that while these lenders may smile in their advertisements, they are actually preying on people and families when they are most vulnerable and in need of real help and resources. 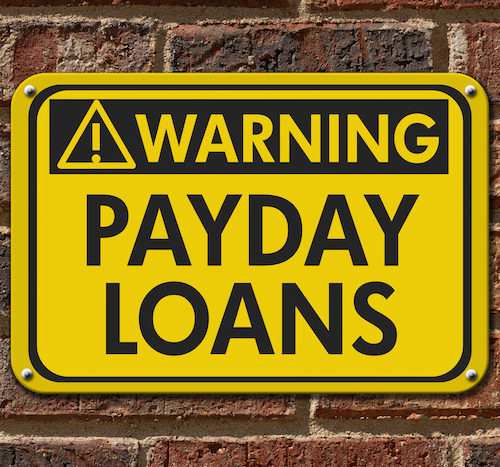 I know this because I see it happening in Grand Rapids nearly every day. One man, we’ll call him Edward, described how taking out a payday loan affected him in a critical point in his life when he was working hard to maintain and grow his business. He started shifting money and incurred overdraft fees on his checking account, and eventually the credit union wouldn’t loan him any more money.

“Then, I used household money—money designated to pay bills—to travel for my business,” said Edward. “I took out a payday loan to make up the difference. It was a horrible experience.”

While Edward thought it seemed like a good idea at the time to get cash quickly, it took a very, very long time for him to break the cycle of debt created by the initial loan. The money he spent paying the loan fees made it hard to pay his other bills and the short repayment period made it very difficult get ahead.

What Edward experienced is not unusual. Statistics show that these kind of high cost, short-term loans trap the majority of customers into a cycle of debt that forces the borrower to continue to take out new loans just to cover the cost of the original loan. This is called “churning” and, as the Consumer Financial Protection Bureau reported in 2013, this happens to two-thirds of payday loan borrowers. In other words, two out of every three payday loan borrowers take out seven or more loans a year, which for those in Michigan have interest rates around 390 percent. To provide another perspective, 91% of borrowers who take out a payday loan in Michigan re-borrow within 60 days.

As borrowers struggle to get out of debt, they are not able to pay for groceries or their bills. Many times they end up closing their bank accounts, creating a larger population of unbanked people paying above average fees for financial services.

That is why Project Green is launching the “390 Reasons” initiative. We are looking to collect 390 stories like Edward’s from across Michigan to help raise awareness of the dangers of payday loans. These stories will be collected via video recording, audio recording, interview and in written form. Project Green will then share these testimonies through mass media and social media outlets to raise awareness about the predatory nature of these loans with consumers, consumer advocates and community stakeholders. These stories will also be shared with local, state and federal lawmakers and policy makers to affirm the need for ongoing and increased consumer protections.

Residents who share their story that have a current payday loan that has been outstanding for more than three months will have their names entered into a drawing for $700 to pay off their payday loan. Two names will be selected in the drawing.

Michigan consumers need to know there are other options out there for them when a financial emergency strikes and that a payday loan is the absolute worst option legally available. If you are able to help get the word out about 390 Reasons and collect these stories, please contact me at 616.329.5541 or info@projectgreengr.org.