CEDAM is excited to announce Chris Wardell as its new administrative assistant! In this position Wardell will provide support across all of CEDAM’s programs. 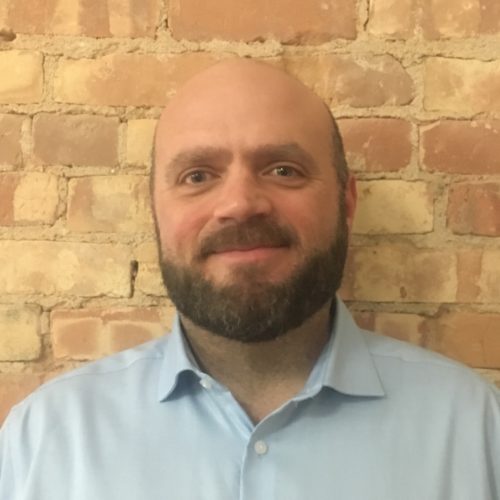 Chris is joining CEDAM with a wide variety of experiences under his belt. He has worked in the Michigan House of Representatives as the constituent relations coordinator for a state representative. Prior to that, he was the manager and head barista of a cafe-bookstore in Mason. Before his time spent working in government, Chris held multiple positions in journalism as a staff reporter for the Lansing State Journal, Lansing Community Newspapers and Lansing City Pulse. Currently, he is a freelance writer in his spare time.

“I just loved their message and what they do to advocate for individuals with a disability who do not have have a voice,” Wardell said. “They believe in full inclusion for all.”

Outside of work, he’s a big record collector. He even has his own own Facebook blog to promote what he’s listening to called “What on my Turntable.”

“I’ll pull records out of my collection and take pictures of the cover and talk about it a little bit,” Wardell said.

A local guest DJ at Classic Rock 94.9 WMMQ’s All Request Saturday Night show, host Wally Londo took notice of his Facebook page and invited Wardell to be on his show where Wardell brings in a different album each month to play and discuss songs. His favorite album? The White Album by the Beatles. He also manages a local rock n’ roll band called, From Big Sur.

When he’s not showing off his impressive record collection or booking shows for the band, he’s busy living life with his fiancee, Nicky, an assistant professor in the Department of Agricultural, Food, and Resource Economics at Michigan State University, and beloved dog, Maddy.

Wardell was drawn to CEDAM because of the organization’s involvement in affordable housing advocacy, as well as his passion for accessible and affordable housing for those with disabilities—a focus area for several CEDAM members.

“I wanted to work for a place that, at the end of the day we’re making a difference for people and we’re improving people’s lives,” Wardell said. “I just enjoy being a part of a community. It brings me joy to know that I’m helping to assist in improving people’s communities and lives and make them better places to live.”