What are the Potential Cuts in the 2018 Farm Bill?

What is the Farm Bill?

The farm bill affects communities in many ways— it covers trade, nutrition, conservation and farmer protections, among other things. A new farm bill is introduced every four years, and the current farm bill is set to expire at the end of the 2018 fiscal year in September. If the farm bill doesn’t pass, some policies will revert back to outdated laws. 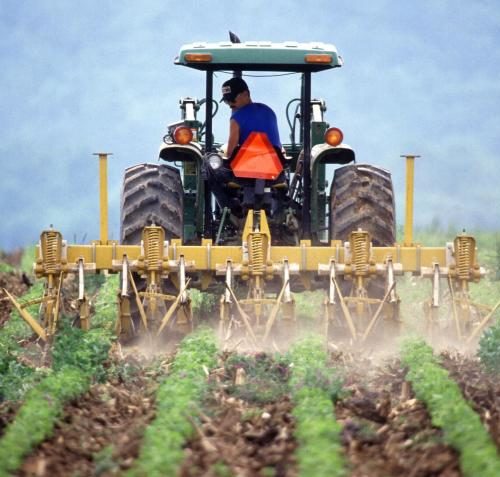 On April 18, the House Agriculture Committee passed its version of the 2018 Farm Bill. The Sustainable Agriculture Coalition issued a statement saying that the bill “eliminates critical conservation, local food, business development and organic agriculture programs that play key roles in keeping the American farm economy strong” and that the changes in commodity subsidy payment limits and fiscal accountability measures “…will allow for unlimited farm subsidies for the nation’s largest mega-farms and lead to accelerated land and farm consolidation.”

The Center on Budget and Policy Priorities reports that the bill includes changes to categorical eligibility which would result in “more than 1 million low-income households with more than 2 million people — particularly low-income working families with children — to lose their benefits altogether or have them reduced”. These changes include putting work or employment training requirements on those aged 18-59 for a minimum of 20 hours per week. The work requirements exclude individuals who are the primary caregiver for children under 6, or those who are incapacitated.

Nutrition comprises 80 percent of the farm bill including legislation relevant to the Supplemental Nutrition Assistance Program (SNAP), Senior Farmers’ Market Nutrition Program (SFMNP) and increasing the availability of fruits and vegetables in schools.

SFMNP provides low-income seniors with vouchers that can be exchanged for fruits, vegetables, honey and fresh cut herbs. Seniors can exchange vouchers for eligible foods during the harvest season at farmers’ markets, roadside stands and community gardens.

SNAP is a $70 billion food stamp program responsible for supporting 1 in 8 Americans. Republicans hope to impose stricter work and eligibility requirements for SNAP.

Currently able bodied workers must be employed or enrolled in an employment and training program consecutively for three months in order to receive food stamps over a three-year period. After the Great Recession some states waived these requirements. About 36 percent of Americans live in areas where the rule is waived. Republicans want to remove this exemption. If Republicans are successful, an estimated 1 million SNAP recipients would no longer be eligible for food stamps. According to Democrats, the government would incur $13 billion in new administrative costs through the expansion of training and education programs.

The farm bill is a historically bipartisan bill, however, disagreements over SNAP are threatening the passage of the bill. Democrats aren’t likely to reduce their opposition against the strict work requirements and Republicans aren’t willing to negotiate work requirements.

The House version of the bill will now move to the floor, and is expected to be taken up in May. The leaders of the Senate Agriculture Committee say they intend to write a bipartisan bill that will pass with support from both parties in the Senate.