Book Review: The End of Loyalty

By Dennis West, president of Northern Initiatives and CEDAM board member 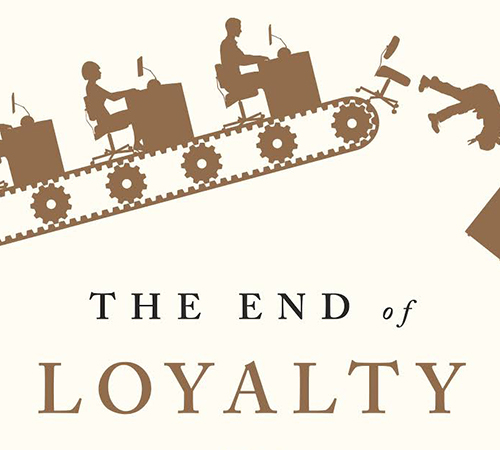 I heard about an event that featured Rick Wartzman in Washington DC, and it was about his book, The End of Loyalty. I was not able to attend, but the Aspen Institute’s description was enough of a tease that I got the book.

What Wartzman describes is the transition of work and large corporations from pre-World War II through today. And, as a baby boomer, it is full of my lived experiences.

The book traces the adjustments made by large and growing corporations after the Second World War and the significant accommodations associated with putting GI’s back to work. He does a good job of describing the social implications and the context of Free World v Communism so defining of the post-war era. In a heroic way, corporations brought about retirement benefits and health insurance for their workers. These opportunities, coupled with GI benefits that supported education and home buying for some of our troops, boosted the standard of living for many of our parents. However, many of the same corporations and governments offered a darker side of thwarting opportunity through practices of racial and sexual discrimination.

The diminishment of those so called “good jobs” has huge implications for current policy. Corporations that once offered significant benefits have used offshoring and technology to keep prices low, which has consumer benefits while hurting the availability of the “good jobs.” The shift in good jobs has coincided with a growing percentage of Americans who are now “contract workers.” The new truth is as we create policies that support employer based benefits of retirement and health care, we are destined to miss a growing proportion of Americans.

I would recommend this read for the sake of nostalgia, and for the implications of what it means for the American worker today, and in the future.