A Day On, Not a Day Off for CEDAM AmeriCorps Members 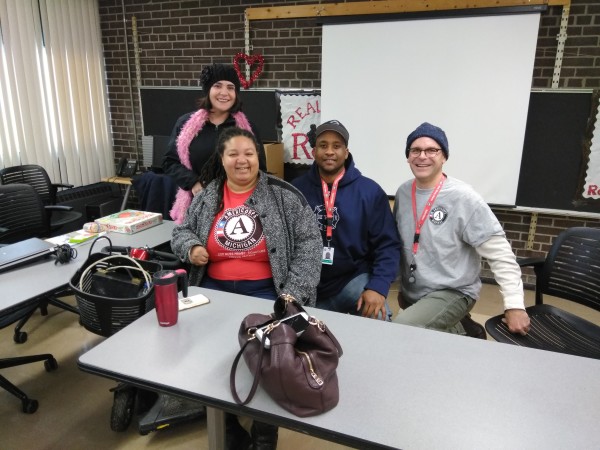 Legislation to establish Martin Luther King Jr. Day as a federal holiday was signed in 1983, and was first observed in 1986. It was in 1994, however, that the MLK Day of Service was established as a way to transform Dr. King’s teachings into community action that strengthens communities across the country. Participating in a day on, not a day off, CEDAM’s AmeriCorps members served their communities in Michigan through leading or participating in a variety of service projects. The Michigan Community Service Commission (MCSC) proposes focus areas for service projects that are addressed by our broad range of events coordinated by Michigan Financial Opportunity Corps and Rural Opportunity VISTA members.

The preschool class of Mrs. Stephanie Schneider at Carson City-Crystal Lower Elementary school dedicated the day of service to decorating and donating lunch bags to support fellow students. CEDAM MFOC member Nikki Kwiatkowski, serving at United Way Montcalm-Ionia Counties, was joined by ReadingCorps member Marinna Jones as they led the activity and a lesson on Dr. King’s legacy and food insecurity in the community. The bags were donated for after-school meals that are offered to students who qualify for free or reduced-cost lunches by IM Kids 3rd Meal. This event was supported by a grant from the MCSC.

Young and old community members enjoyed public exhibits presenting the experiences of mid-20th century African American life at the Muskegon Museum of Arts, where Rural Opportunity VISTA member Catherine Sliwinski served as a greeter. Advocate and artist Winfred Rembert’s exhibit of carved and dyed leather presents vivid scenes of busy streets, dancing and picking cotton from his memories of childhood and prison in Southern Roots: The Paintings of Winfred Rembert. The stories of the great migration to northern factories was shown throughout the day in the documentary Up From the Bottoms. Crafts and guided tours were offered to guests for one of the museum’s most highly attended events of the year. Catherine was able to meet other AmeriCorps members as well as residents in the community where she is serving to coordinate a county-wide Children’s Savings Account (CSA) program. More details on the exhibit and images of Rembert’s pieces are available here. 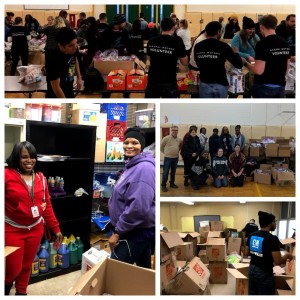 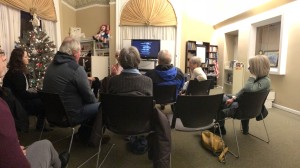 During the evening, the Mason County District Library hosted a public screening and discussion in collaboration with four of the Rural Opportunity VISTA members in the surrounding counties. Librarians suggested the 2017 film “Detroit” and the team of VISTA members prepared and led discussion around the themes that connect the events in the movie to Dr. King’s activism. The film tells the story of the Algiers Motel abuse and killings and the acquittal of the police officers responsible. Four of the attendees lived in Detroit preceding and during the events and shared fascinating personal histories of their experiences.