Placemaking: For Anyone, Or Everyone? 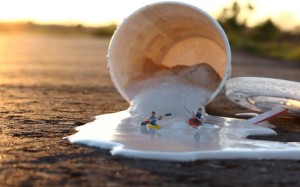 One of the buzzwords you hear a lot in arts and cultural circles is inclusion. Audiences for arts and culture have historically been overwhelmingly white, middle and upper income, and they are aging. Museums, symphonies, operas, and ballets recognize that they need to diversify their programming and attract new audiences – become more inclusive – to keep their doors open. Traditional programming is becoming obsolete. For example, my son, a flute and bagpipe player, wouldn’t get near a symphony concert until the Grand Rapids Symphony performed music from a Lord of the Rings movie – something much more relevant to him than Beethoven.

Placemaking has an inclusion problem too. Lots of placemaking plans are made collaboratively, but often with the usual community leaders invited by a gatekeeper. Inviting diverse participants to plan for non-traditional users isn’t always on the agenda. It needs to be.

Why is diversity important in placemaking? The author of this article about placemaking compares it to trickle-down economics. Placemaking efforts to attract and retain educated professionals theoretically also benefit those lower down the economic ladder. The author asserts that advocates for placemaking (or urbanist policy, as he calls it) are just creating what they themselves want in their community – that placemaking is a self-serving benefit created by and for the elite. The people lower down the ladder don’t really benefit (much like trickle-down economics). Placemaking becomes relevant to only a few.

I talked a few years ago with an old-school museum director about inclusion. I asked if he worked with community members when planning exhibits or programming for the museum – something that is no longer unusual. Nah, the director said, I know what the community needs. I don’t have to ask them. This particular museum doesn’t have a board of directors to give the museum director input. The museum’s agenda was set solely by a white guy in his 60s. Not surprisingly, diversity was not its strong suit. Interestingly, in the same conversation, he told me that the museum’s biggest problem was relevance. Go figure. 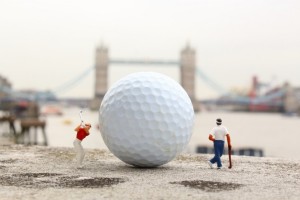 Well-meaning (or arrogant) community leaders can create events and places that are free, accessible, appealing to young people… but that may not attract people who are low income, disabled, non-white, or young. Research about whether free admission attracts new patrons to museums says it isn’t about cost. It’s about relevance, access, logistics, and marketing to underserved audiences. It’s about being intimidated by the content or event, rather than feeling comfortable and welcome.

In a blog post, Kevin Buist addresses diversity at ArtPrize, Michigan’s large art competition. The post is about an award to incent artists of color to participate, which raised some issues, but these paragraphs were the most interesting to me. They address the difference between making a cultural event like ArtPrize open to all, versus welcoming to all.

“Last year during ArtPrize I had a conversation that really stuck with me with artist Mel Chin, who was a juror for the Juried Grand Prize at the time. We got to talking about audiences and ArtPrize’s open and democratic approach to attracting them. He made a distinction that at first seemed minor, but I’ve since realized how crucial it is. He asked if we wanted ArtPrize to be for ‘anyone’ or for ‘everyone.’ An event for anyone is open and free of charge, there is no invite list, it’s not designed only for a special club, it’s for anyone who shows up. This is a pretty good way of describing ArtPrize’s approach from early on, and it has allowed for a huge and enthusiastic audience.

“Making ArtPrize an event for everyone, and not just anyone, is a little different. An event for everyone requires us to pay attention to who in the community feels welcome at an event for anyone and who doesn’t. Even when something is designed for anyone, some can still be excluded. The barriers aren’t intentional—they’re not velvet ropes and invite lists—but they’re still real. It’s a careful process of looking for ways to remove those barriers to build a welcoming event for everyone.”

(I couldn’t get a working link for this one, but if you want to read the whole post, go to www.artprize.org. The post is titled “Welcoming an Independent Award Celebrating Diversity,” and was posted on August 26, 2014.)

Placemaking isn’t only for the wealthy and educated, or doesn’t have to be. It isn’t just Whole Foods and the Fabulous Bistro Gastropub. Public space, public art, walkability, and recreational opportunities aren’t gated with a sign that says “your bank balance must be this high to enter.” That being said, there is an element of truth to the trickle-down, anyone or everyone criticism. Lots of placemaking, particularly the arts, implies exclusivity.

And, no matter how good the intention to include a variety of people, there is still power on one side that is not necessarily on the other. Someone still sets the agenda – and limits the diversity of opinions – by deciding who to invite, or using a structure that inhibits participation. A public meeting limits participation by how the meeting is advertised, time the meeting is held, and some factors that can’t be controlled by the meeting organizer. Self-selection by people who don’t feel they would have a voice, or who find such meetings intimidating, or who have work or child care issues. Everybody can’t be at the table, but they can contribute via a web site or other less direct means. When our mission is to have something for everybody, not just anybody, we need to figure out ways to hear from people using all the tools available for communication. 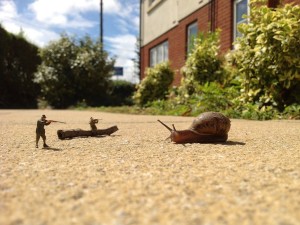 When all the usual suspects attend, and they’ve all read from the same playbook, do they make the leap to, for example, not just walkability but universal access? Who’s advocating making places that exceed Americans with Disability Act requirements to be more welcoming to people in wheelchairs – like heating sidewalks so they can be navigated in winter months?

Once you have an inclusive plan, how do you market a place to people you haven’t traditionally connected with – like telling a high school kid whose parent isn’t on the Grand Rapids Symphony’s mailing list about a Lord of the Rings concert? Once you find them, how do you help people get over feeling excluded or uncomfortable based on their previous experiences, or no experience at all? For someone who has never been to a symphony concert, would interest in Lord of the Rings music overcome apprehension about what to expect, or fitting in? Sometimes, being invited and welcomed isn’t enough to get over other hurdles.

The point of collaboration isn’t collaboration, it’s getting better results. Including other voices isn’t threatening, it’s an opportunity to make a community or project more effective. Ask non-traditional community members to participate. Listen when they talk. The high school kid, the council on aging, Goodwill, whoever represents non-white, non-middle class, non-able-bodied, non-30-to-55-year-olds. Take them seriously; without authority, there is no real collaboration. Focus on the mission. Have clear goals, but not predetermined outcomes. Work to get past individual agendas to make the core group a team. Decide who the target audience is or might include. Figure out what the needs are and whether they can be addressed. Let go of ownership and share authority. Facilitate connections. Evaluate and re-evaluate outcomes. Communicate through a range of media, not just newspaper announcements and government web sites. Don’t be the museum director who can’t figure out why his museum isn’t relevant.

As always, thanks for reading. If you’re not a subscriber and would like to be, you can sign up to receive blog posts by email by scrolling to the bottom of any page at www.ordinaryvirtues.com.

This post’s photos are from a British artist named Roy, and you can read about him and see more of his work at www.royspeople.com.