The Trump administration has rolled out what they’re calling their “skinny budget” proposal for fiscal year 2018. Many are taking note of the budget’s plan to severely cut and even eliminate multiple social equity programs. While Trump and his team are positioning this to be a strike against what they refer to as the “administrative state” and a step towards fiscal conservation, its bottom line does not digress from that of Obama’s $1.1 trillion dollar budget. Rather than decrease spending, it appears only to reconfigure funding, most notably allocating a large portion to the military budget, as well as homeland security including the building of the wall and an increase of ICE staff, at the expense of development and aid programs for the country’s low-income populations. 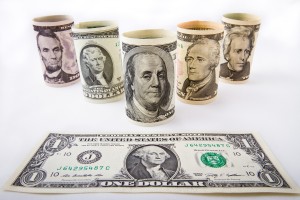 While this proposal has yet to be responded to by Congress, many are concerned over the implications this proposed budget could have on longstanding agencies and programs geared toward economic mobilization. If approved, the Department of Housing and Urban Development (HUD) would face a $6.6 billion cut, a 13% drawback from the FY 2016 budget. According to a statement from the National Low Income Housing Coalition (NLIHC), this cut alone would result in 123,786 fewer jobs. Aside from the cuts to HUD, a $4.2 billion slash to the Department of Health and Human Services’ community service programs like the Low Income Home Energy Assistance Program (LIHEAP) which subsidizes energy bills for people in extreme poverty during the winter months. In addition, it is set to gut the Investment Partnerships (HOME) Program, which supplies grant funds to low-income individuals to buy and refurbish homes, as well as the Choice Neighborhoods program which works in a similar way to grant organizations funds to organizations who rebuild neighborhoods. In justifying the cuts to programs such as Community Development Block Grant (CDBG), responsible for much of the neighborhood investments, the administration said that the programs are “not well-targeted to the poorest populations and have not demonstrated results.” Also on the chopping block is the Interagency Council on Homelessness, the Capacity Building for Affordable Housing and Community Development (Section 4) program and the Self-Help Homeownership Opportunity Program (SHOP). The Legal Services Corporation would also lose all federal funds to support low-income individuals through legal issues such as eviction. President Trump’s plan also calls for elimination of the Corporation for National and Community Service, AmeriCorps, and Senior Corps.  A more complete list of federal agency eliminations can be found here. 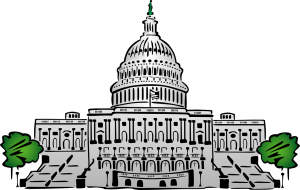 While concerns are warranted, many leaders have voiced doubt that Congress will approve this draft. NPR’s “It’s All Politics” explains how the federal budget, unlike state budgets, serves as more of a framework to guide rather than an order to follow. While they have yet to put out any figures for the FY18 budget, many elected officials are placing faith in the more traditional members of Congress to put forth a more traditional budget. Still, this budget makes clear the priorities of the Trump administration and seems to contradict promises made to low-income voters during the campaign.

What can I do to help?

For ways to get involved and take a stand against the budget proposal, Enterprise has shared the following actions: