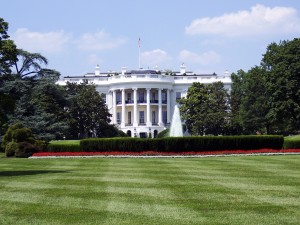 Since the primaries, President Trump has been intent on repealing President Obama’s Affordable Healthcare Act (ACA). If there was any doubt to the contrary, one of his first official actions in office was the signing of an executive order to “minimize the unwarranted economic and regulatory burdens of the Affordable Care Act”. Trump’s executive order grants the Secretary of Health and Human Service, the Centers for Medicare and Medicaid, the Department of the Treasury and the IRS all authority available under the current law of the ACA to roll back the pieces that make it work.

On the surface level, the executive order seems like nothing more than a symbolic gesture because the secretary cannot do anything beyond the bounds of the law. However, the act itself gives the incoming Secretary of Health and Human Services some broad powers that could have significant effects on the law. The executive order’s broad language gives federal agencies wide latitude to change, delay or waive provisions of the law that they deemed overly costly for insurers, drug makers, doctors, patients or states, suggesting that it could have wide-ranging impacts, and essentially allow the law to be dismantled enough to eventually destabilize health care and require a repeal and replacement of the ACA.

The order also spells out the various ways that Trump and his administration might fight specific parts of the ACA until new legislation comes forth: by writing new regulations and exercising discretion where allowed. On matters of discretion, the administration can move faster, but there are still limited places where current law gives the administration power to quickly change course. Another important area of discretion has to do with exemptions to the law’s individual mandate to obtain insurance. Under the current law, all Americans who can afford it are expected to obtain health insurance, unless they have experienced some hardship that would make it impossible. People who feel there has been such a hardship can apply for an exemption, and employees in the Department of Health and Human Services and the Internal Revenue Service can decide on their case. Under a Trump administration, it might become easier to claim hardship and get out of the requirement to buy insurance. However, doing away with the individual mandate could have significant consequences for the individual insurance markets. If fewer healthy people buy insurance, the costs of insuring everyone else will rise, causing insurance companies to raise prices or leave the market. 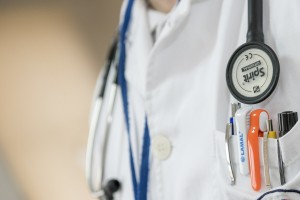 er also gives states more autonomy in directing health policy, allowing administrations more latitude under the law to decide what sort of new programs qualify. For a lot of people, Mr. Trump’s selection for the administrator of the Centers for Medicare and Medicaid Services, Seema Verma, was a sign that his administration would become more open to new Medicaid rules, including possible work requirements to obtain coverage, or premiums even for very poor Americans.

Lastly, the order states what Mr. Trump made clear during his campaign: that it is his administration’s policy to seek the “prompt repeal” of the law; however, Trump and Republicans on Capitol Hill have yet to keep their promise to devise a replacement health care plan that will be “far better” than President Obama’s signature healthcare law that would also insure more people and lower their costs.