The Dodd-Frank Wall Street Reform and Consumer Protection Act, simply referred to as Dodd-Frank, is an Obama-era response to the 2007-2008 financial crisis. President Trump has indicated he has plans to roll back the Act, despite objection from many including Federal Reserve Chair Janet Yellen. The methods used by this Act for the purpose of more control over the national economy include the “Volcker Rule” which sets limits on risky investments by banks, the establishment of the Financial Stability Oversight Council which has the Department of the Treasury monitor America’s financial security, as well as establishing the Consumer Financial Protection Bureau (CFPB). The CFPB keeps a check on financial companies to protect the interest of consumers. The CFPB’s goal is to protect consumers by regulating banks, credit unions, payday lenders, mortgage servicers and other institutions that offer financial products. Many of these institutions, particularly payday lenders, are notorious for preying on consumers. A recent CFPB victory, as you may recall from recent headlines, was the fining of Wells Fargo following the bank’s scheme to open accounts without consumer consent. In its five years of existence, the bureau says it has recovered $11.7 billion for more than 27 million consumers.

The CFPB is a component of Title X of the Dodd-Frank Act, and has long been the subject of Republican disapproval. While many would like to see reform, others want to eliminate Title X entirely. A bill introduced last Tuesday by Sen. Ted Cruz, R-Texas, and Rep. John Ratcliffe, R-Texas would repeal Title X and end CFPB. “Don’t let the name fool you, the Consumer Financial Protection Bureau does little to protect consumers. During the Obama administration, the CFPB grew in power and magnitude without any accountability to Congress and the people, and I am encouraged by the actions President Trump has begun to take to roll back the harmful impacts of an out-of-control bureaucracy,” Cruz said. Cruz and Ratcliffe had introduced a similar bill two years ago without luck, but appear encouraged by President Trump’s recent calls to undo Dodd-Frank. 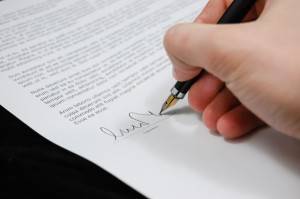 Trump recently signed two directives to review Dodd-Frank as well as a critical review of the Fiduciary Rule which holds that financial advisers must act in the best interest of the client. “We’re going to be doing a big number on Dodd-Frank,” the president said in reference to part of his large plane to repeal many Obama-era programs. If repealed, the effects would not be immediate but would eventually return the banking system to pre-2008 practices. The arguments made in favor of dismantlement include the notion that small banks are disproportionately burdened by the paperwork involved that their small staffs cannot reasonable manage. This is supported by the statistic that 25% of local banks have closed or merged as a result of this since the Great Recession. In the realm of large banks, many object to the rules against proprietary trading, which is said to prevent these banks from offering securities to customers who want them. Gary Cohn, the former president of Goldman Sachs, and the newly appointed director of the National Economic Council supported the President’s position saying that “[the] banks are going to be able to price product more efficiently and more effectively to consumers […]”. While both sides watch to see what will happen next, it is clear that there will be major changes from what Obama set in place.