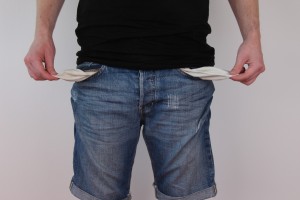 In Michigan, there are more payday loan stores than there are McDonald’s and Tim Horton’s franchises combined. Advertisements for these loans make them seem like a fast and easy way to get cash when you’re in a financial bind. What they don’t tell you, however, is that four out of five payday loans are rolled over or reborrowed. In Michigan alone, 90% of borrowers take out another loan within 60 days of repaying their last one. With an average APR of nearly 400%, these loans extract billions of dollars from low-income borrowers, and lead to financial consequences like bank penalty fees, lost accounts, delinquency on other bills and even bankruptcy. This represents the debt trap that payday lenders encourage many borrowers to fall into.

On June 2, the Consumer Financial Protection Bureau released a proposed rule addressing payday lending. The rule includes provisions that restrict the number of short-term rollover loans borrowers can take in succession and requires borrowers to be notified when a lender plans to deduct funds from their bank account. This would rein in a lender’s ability to repeatedly attempt to deduct said funds, and prevent a string of overdraft fees that could generate if the account does not contain enough money.

Additionally, the proposed rule establishes an ability-to-repay principle that would require lenders to determine whether a borrower can afford the full amount of each payment while still meeting “basic living expenses” and “major financial obligations” (both of which are specifically defined in the full report). Lenders would also have to go through another review of borrowers’ finances if the borrower seeks to renew or extend the loan. While an ability-to-repay principle is a long-standing tenant of responsible lending, abusive lenders who deliberately target communities of color and low-income workers often ignore it.

The CFPB rule is a start. It does contain loopholes such as exceptions to the ability-to-repay principle for both short- and long-term loans, and inadequate protections against loan flipping – putting borrowers into one unaffordable loan after another. Tougher rules with fewer loopholes are needed to protect vulnerable families from predatory lending practices.