National Disappearance of CHDOs due to HOME

Recently CEDAM attended a national summit for community economic development associations. One of the roundtables focused on HUD’s HOME program and the 2013 HOME rule change that has resulted in mass disappearance of CHDOs across the country.

The conversation covered problems states are facing with the HOME rule change, a “Super CHDO” as a potential solution and the direction national HOME policy advocacy should take. Present at the table are representatives from CED associations across the country.

Illinois – The rule change has resulted in CHDOs disappearing, mostly because of the lack of access to operating support. Many CHDOs are very small and are board driven, so they use consultants to carry some of the work. Without operating support, the CHDOs can’t hire consultants, so they cease to exist.

Michigan – We have no recertification process. Unlike other states [like Illinois and Texas], once you apply you are then a CHDO forever.

Illinois – Another problem is that CHDOs that are larger and don’t depend on the operating support from HOME can’t expand to cover new service area. HUD says that if the organization wants to be certified as a CHDO in that new area, they need to work there for at least a year before they can apply. That is at the top of our list for action: to get that requirement relaxed.

Georgia – We have CHDOs that are serving other counties. Are they going to have this problem with getting certified in new areas?

Illinois – It won’t apply to any CHDO that is already certified for an area. It’s only going to apply to CHDOs that want to expand now or in the future. They will need to have a presence in any place they want to be certified in for at least a year prior to applying for CHDO status there.

We’ve found in our efforts to talk about these issues, if we can tell the story of an individual person or organization, it’s more effective.

National – Then there are two things we should address today: talking to HUD about the changes we would like made, and if nothing is going to change, how to work with what we have now.

Ohio – The impacts are different around the country. In Ohio, the HOME rule change will dismantle our CHDO existence completely. At one point in time we had 64 CHDOs. Now we have 3. We had thousands of dollars in grants and now that will be gone.

Indiana – We haven’t had any input from our members on this. At this point, the HOME rule change hasn’t been an issue for us. Like in Texas, the CHDOs started being certified on a project-to-project basis.

South Carolina – Same here. Many CHDOs are not seeking recertification. All of our members have just resigned to the fact that they either can still get the certification or they can’t.

Texas – The organizations here that continue to be CHDOs either have to raise their own money to do the next project or collaborate. A lot of private developers have been able to do it, but for the most part many have been backing away from community development.

A Texas CDC – I am a CHDO, and I’ll say that there won’t be any new CHDOs. We’ve been doing CHDO work for years. Those who can continue to still do it will, but it’s going to be hard. Our organization has been certified for about 14 years.

Ohio – One thing that will get congressional attention is when the smaller CHDOs can’t use their 15% of funds and it gets sent back.

Illinois – It’s a double edged sword. If they think that the money isn’t spent because there are no projects to do, then they will just take the funding away thinking it’s not useful anymore.

The rule that was a killer for us was the rule saying PHA (Public Housing Authorities) CHDOs could no longer use their PHA staff for CHDO work.

Michigan – We have no idea how many CHDOs there are. In Detroit we haven’t heard anything about how many there are either. Plus we have the issue that the CHDOs that go out of business, we don’t know because we don’t hear anything from our membership about it. Our current issue is that we simply don’t have organizations with CHDO status and the capacity to use the funding.

Washington DC – In DC we haven’t heard anything from our members either. Many of them are focused on local issues. I looked up how many we have. I thought we had 8 and we only have 5. Our conversations involve the loss of operating funding due to the HOME rule change. The lack of CHDO dollars play into the overall lack of operating support.

National – The gut reaction from advocates in our industry right now is to play defense. Our fear is that HOME will be eliminated completely. It’s not likely, but it could, and every year congress nips off more funding from HOME. So it could go away completely at any time. To stick with the advocacy side, money going back to DC is a bad sign. We don’t want that. So do we want to continue playing defense, or do we just want to quit advocating here and take our chances?

Pennsylvania – One of our staff people brought up the Washington Post article. It was in 2010 and it still hurts: the article about bad CHDOs and how HOME is a stained program. That’s still harming our efforts to make changes. It’s an uphill climb within HUD itself because this program is viewed as Congress hates it, it got bad press, etc.

In the end I feel like we can’t let this program go because we’re not getting more funding. If it goes away, it’ll be gone and there will be nothing new to replace it.

Ohio – With the current political leadership, it’s going to be difficult to hang on to.

National – There’s a HOME coalition in DC that has about 17 organizations that participate in it. That’s pretty small. It’s NCSHA (National Council of State Housing Agencies). They play very defensive, go to the same senators every year, put up the benefits, don’t talk about what needs to be changed. There is openness though to changing things and being more bold, because the rule change is killing CHDOs.

Ohio – My understanding is that HUD’s legal department is very opposed to this rule and still is. I’m not sure of what the rationale is, but I’ve heard from three different sources that it’s an issue for them, perhaps because the rule change affects certain communities more than others (rural for example).

National – Okay, now say that the rule stands as it is. What do we do?

Illinois – We are looking at finding other sources for CHDO operating support. The idea is to create a Super CHDO. Each person on this organization’s board would be one of the former CHDOs, and together they would be able to hire one staff person at this Super CHDO to handle CHDO work. Instead of five or six organizations each developing a project and all of those being sent to the HFA, the Super CHDO would send one that is very strong.

All of our CHDO organizations agreed and all sent a memorandum to do this. The issue has been that this new organization can’t hire a staff person until a year of operation according to the HOME rule change. So we are looking to find the private capital to hire someone to staff the Super CHDO.

National – The politics of that are just fascinating. How did you get all of them to work together?

Illinois – In Rockford, organizations were able to put their individual concerns aside for the greater good. That’s why it’s so important to find the capital to make this happen. The organizations need to be rewarded for what they did.

Michigan – What are the demographics of Rockford? Dying industrial city, sure, but this makes me think of Flint, where the CHDOs have all closed up but there’s a possibility for them to rally together to keep going in this way.

Illinois – They all share an interest in bringing these funds to their community to improve it.

So if you know of anyone interested in funding this really collaborative idea, let us know!

Illinois – We can’t tell you that today. At the current point there won’t be any units built, if we can’t get this off the ground. With the HOME rule changes and the impact on CHDOs, if people won’t take a chance, there will be no units built.

Illinois – We’re dealing with that also, especially since the same effort to 5 in a rural area creates 57 somewhere else.

National – So we need to be more creative than we used to be, and play less defense. We will look into CHDOs being able to expand to new areas. We will be cognizant of how much money is going back to DC. If money is being sent back let us know. 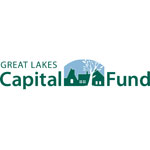 This article is made possible by the Great Lakes Capital Fund. Thank you for sponsoring our attendance at the national NACEDA Summit in San Antonio, Texas so we can bring these best practices back to Michigan and our members.