Does Placemaking Lead to Gentrification? 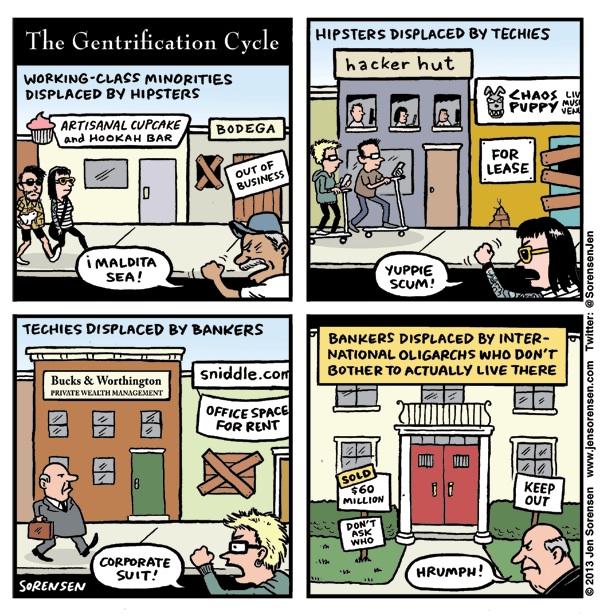 Last month during a MIplace Placemaking Curriculum training, one of the attendees asked, “Does placemaking lead to gentrification?”

We put this question to some of the MIplace partners and they came back with two very good articles published last month. We added the first article for a little background on gentrification if you are not familiar with it. The other two are summarized with key takeaways, although we recommend reading both in full.

What is Gentrification, Anyway? (Shelterforce)
A brief look at how practitioners in community development define gentrification.

Gentrification: We’re both the problem and the solution (PlaceMakers)
Scott Doyon examines the rise of the economically depressed neighborhood he moved to and tries to understand who in this story is a gentrifier and who is a casualty. Is it possible to be both?