Vote No on Proposal Five 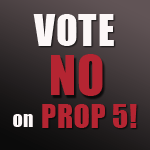 On November 6, voters in Michigan will be asked to accept or reject six statewide ballot proposals for the state of Michigan. The language for these proposals can be found here. Of considerable importance for the future of the state is Proposal 5, which reads:

“Require[s] a 2/3 majority vote of the State House and the State Senate, or a statewide vote of the people at a November election, in order for the State of Michigan to impose new or additional taxes on taxpayers or expand the base of taxation or increasing the rate of taxation.”

Proposal 5 was placed on the ballot through the efforts of Michigan Alliance for Prosperity. Their success is attributed largely to Detroit billionaire Matty Moroun, who paid $2 million for circulators to collect the required signatures for ballot consideration. Grover Norquist, a Washington D.C. lobbyist and founder of Americans for Tax Reform, also supports Proposal 5 and  has begun funneling funds for ad buys in favor of it.

The non-partisan research and policy institute, Center on Budget and Policy Priorities illustrates six reasons why supermajority rules endanger states, such as reducing accountability by protecting special interest tax breaks. Their full analysis can be found here. In Michigan, Proposal 5 would grant 13 state legislators the power to effectively block legislation to close a tax loophole, create a tax, raise a tax or end a tax break. Needing only 13 votes, lobbyists would have a far easier time shielding special interest loopholes and tax benefits. Creating more tax breaks, on the other hand, would still only require a simple majority. This lopsided approach to tax legislation is a recipe for disaster for the state of Michigan and the costs of such irresponsibility would be shouldered by local communities, students and property owners.

Today, there are seven states that have passed supermajority legislation for all tax increases: Arizona, Delaware, Mississippi, Oregon, California, Nevada and Louisiana. Of the states with supermajority tax legislation, only Delaware has a AAA bond rating. Supermajority states Nevada and Arizona were recently downgraded by the credit agency, Moody’s, in part because of their tax legislation. Credit agency Standard & Poor’s has in its criterion for states receiving the highest score, that they have “no constitutional constraint or extraordinary legislative threshold for approval” to raise taxes. Low credit ratings worry investors, who then become less willing to buy bonds in those states. Thus, supermajority states are more likely to have lower bond ratings, forcing them to make higher interest payments to investors and pushing up the cost of new roads, public buildings and other bond-financed projects. Crippling the government’s ability to invest in new transportation projects and community economic development is exactly the wrong choice for Michigan voters to make, especially during our current economic recovery.

All one must do is look at the states that currently have supermajority tax legislation – with their low credit ratings, high unemployment, sluggish growth and budgetary crises – to understand Proposal 5 is wrong for Michigan. Vote NO on Proposal 5.