The Cost Of Eating Healthy – A Personal Story

Chatiana M. lives in Michigan. For her, going to the grocery store involves smartly comparing the cost of healthy foods her doctor would like her to eat to the cost of foods more affordable for someone on food stamps like herself. The following is an excerpt from her writing, “The Cost of Eating Healthy.”

Although doctors may try to get a person to eat healthy, it isn’t always the easiest thing to do because of a person’s income. For example, I was told to eat healthier foods three years ago. I was at risk of having diabetes and high blood pressure because I was (and still am) overweight. A food specialist talked to me about how eating healthy is a good way to stay alive and lose weight. As she tried to get me to see the light, all I could see was the price. 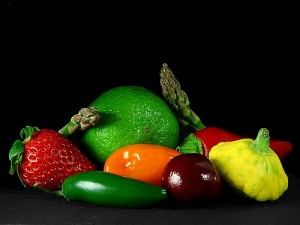 After she was finished talking, she gave me a very long list of fruits, vegetables, and lean meats that would be good for me to eat. Every three to four weeks when I had to go back to get a check up from my doctor, she would ask me if I was eating the foods on the list. I told her a few because I couldn’t afford the rest. She eventually asked why I couldn’t buy all the foods and I told her it was because I live with three other people and we all share food stamps.

As told by Hilary Seligman, a doctor in the Department of Health, “ Studies show that getting the average American to the recommended target of just one nutrient, potassium, would cost an additional $380 each year” (see article here). Just imagine how it would be for Americans in poverty who can’t afford to spend an additional $380 a year just for food.

Now I will say that there are some healthy foods that don’t cost much, but you will rarely come across them. For instance, ground turkey doesn’t cost as much as I thought it would. At a discount grocery store it would cost $1.79 a pound, so instead of buying ground beef, which is $2.50 a pound, I buy turkey. Turkey meat is healthy because there is less fat in this particular kind of meat.

Another scenario that I have come across was at a large grocery store. I went to the deli and saw that they had good meats like low sodium turkey breast and low sodium ham, but the price for the meats was way too high for me. It was $3.65 a pound for any of the lean meats. Then I saw some other meats that weren’t exactly healthy, like honey roasted ham and roast beef, and the price per pound was $1.50.

I asked why low sodium meats cost more than others. The deli man told me that when people buy low sodium meats, they are actually paying for the longer process it took to cook the meat. I then asked how often low sodium meats were purchased. He said rarely, because they cost too much and people want more for their money.

Chatiana says some ways to help people cover costs might include healthy food fee waivers for nutrition plans prescribed by doctors, or more, easier-to-find coupons in newspapers for healthy foods.

How are you helping connect people with affordable, accessible fresh foods? Comments are welcome below.