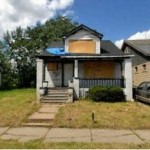 Last week Michigan Attorney General Mike Cox announced that criminal charges will be brought against several companies and individuals that preyed on struggling homeowners with foreclosure “rescue” scams.*  If convicted, the scam artists will be required to make full restitution to each victim, along with other penalties. Michigan Foreclosure Task Force members and MSHDA partner agencies have been instrumental in reporting scams so they criminals could be prosecuted.

From a State of Michigan press release:

LANSING- Attorney General Mike Cox today announced the filing of 19 criminal complaints and a total of 69 charges against illegal advanced fee “foreclosure rescue” operations accused of defrauding Michigan families of thousands of dollars.  Nine Michigan mortgage companies are accused of illegally charging homeowners facing foreclosure upfront fees for mortgage modification assistance.  The defendants claimed they would help homeowners by working with their lenders in an attempt to modify the borrower’s mortgage.   After paying the upfront fee, borrowers found that the companies made no real attempt to
secure a modification and were subsequently unable to get their money back.  Many of the victims lost their homes to foreclosure.

Several companies and individuals charged are accused of obtaining money through false statements to consumers.  This charge is a five year felony.  In addition several are accused of charging upfront fees before services were rendered, a violation of the Credit Services Protection Act, and with making misleading statements.  Each of the charges carries a penalty of up to 90 days in jail and/or a fine of $1,000 in addition to the requirement that the companies make full restitution to each of their victims.

See the full press release for more information, including the names of the scam companies.

*Remember – a MSHDA- or HUD-certified housing counselor should be the first person a struggling homeowner contacts for help. They are well trained and their services are always free. To locate a counselor or see more resources, visit the Michigan Foreclosure Task Force Resources page.